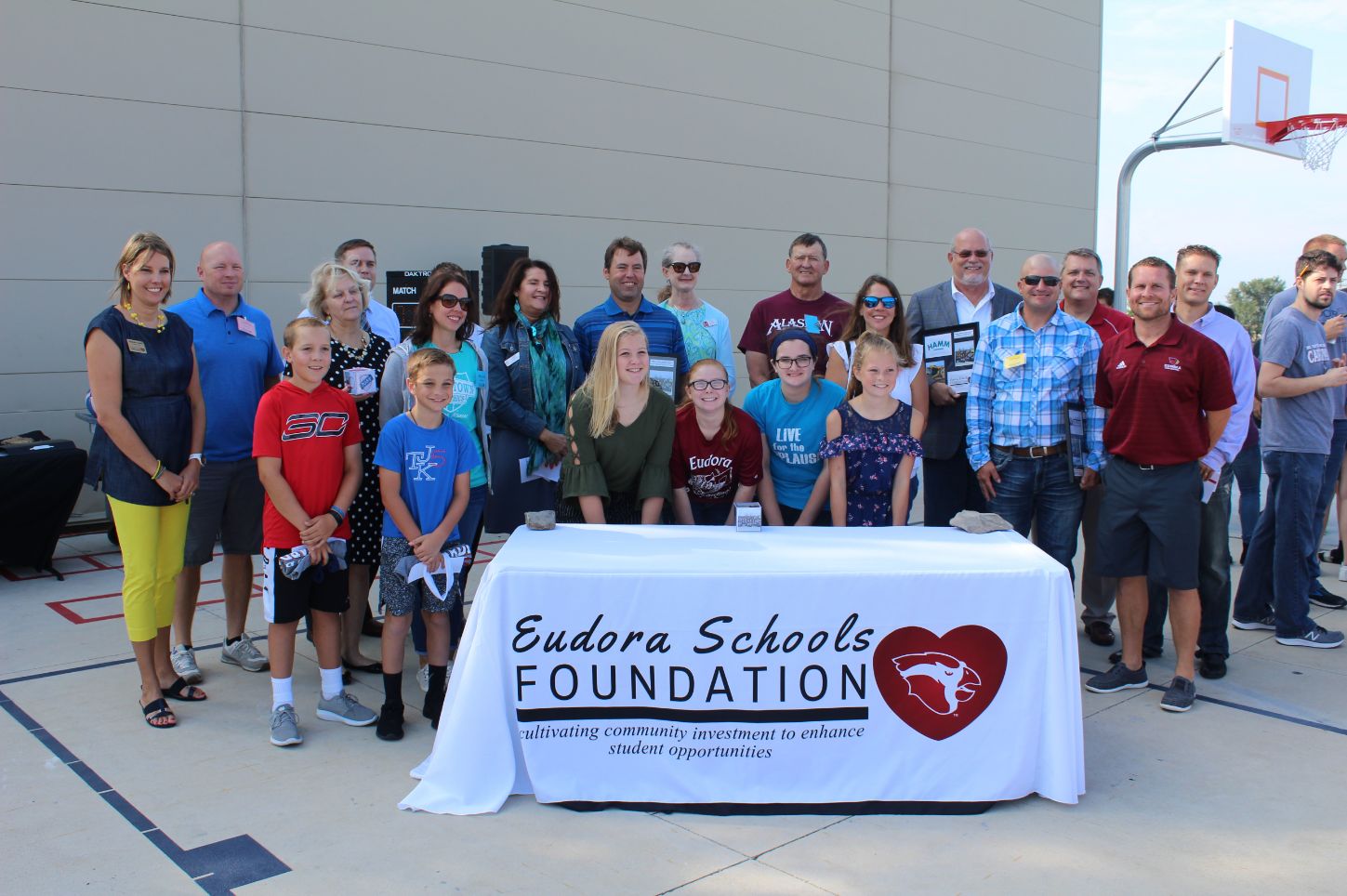 Our future, creating it together...make an impact now!

Students reach their potential when the entire community works together on their behalf.

The Eudora Schools Foundation was founded in 2006 as a non-profit, volunteer-based organization providing classroom grants and recognitions for our teachers and students in the Eudora school district. The board consists of 20 community members who volunteer their time, talents, and resources to serve and champion education in Eudora. The superintendent, a board of education member as well as the Foundation Executive Director serve on the board as ex-officio members. Since our inception, the Eudora Schools Foundation has directed more than $300,000 to Eudora schools through classroom grants and recognition of teacher excellence.

The Foundation is grateful for the community members that worked to build the Foundation by serving as board trustees. They give of their time, talents, and resources to champion public education and Eudora schools. Meet the Champions! 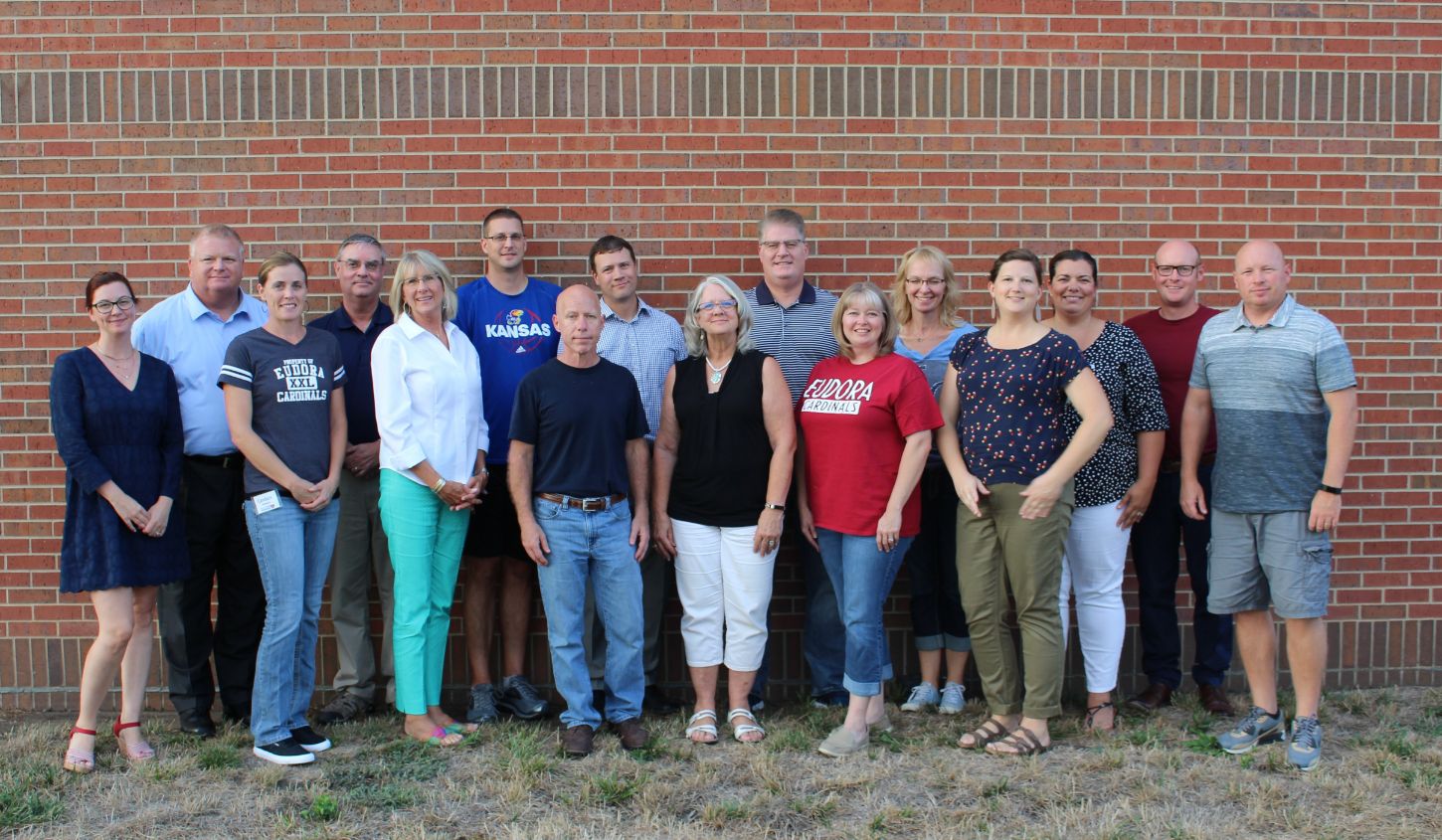 October 2005: Eleven community members meet as the Eudora Endowment Association for the Benefit of USD#491.

February 2009: Honor a Teacher Fund is established to allow students, parents, alumni and other supporters of the school district the opportunity to make a gift to the Eudora Schools Foundation in honor of a teacher, past or present, who made a difference in their family’s lives. The funds raised in this program are used by the Foundation to enhance instruction in the classroom through teacher grants.

February 2012: The first “I Love Eudora Schools” yard signs are given out to create community awareness of the Foundation.

May 2014: Teachers of the Year are awarded $500 for their teaching excellence - this recognition continues today.

June 2015: The Foundation hires a part-time executive director with the goal of having a staff member run the day-to-day operations and take the Foundation to the next level of growth.

September 2015: Establishes an investment fund through the Douglas County Community Foundation with an initial investment of $20,000.

September 2015: Collaborates with the Eudora Youth Football and Cheerleading Association to host "Raise Your Hand for Eudora Teachers: Supply Drive".

September 2016: The “I Give to Team Cardinal: Employee Giving Campaign” launches. More than $15,000 has been donated by Eudora school district employees since 2016. Employees chose to make a voluntary philanthropic donation that sends a powerful message to the community about the importance of the Foundation and its support of strong public school education.

March 2016: Establishes the Cardinals Care Fund to assist principals and counselors in meeting urgent, immediate, and basic necessities of Eudora students, to ensure that the student's physical, social, and emotional needs do not stand in the way of their success in school. This program helps fill needs unmet by any other source.

March 2017: Hosts the first Principal for a Half Day program and awards the first Eudora Schools Outstanding Volunteer of the Year.

May 2017: The Classified Employee of the Year is recognized with a $250 cash gift sponsored by Jeff Peterson.

October 2017: Outstanding Cardinal Partner of the Year awarded for the first time to Aaron and Sheena Boden with Gambino’s Pizza.